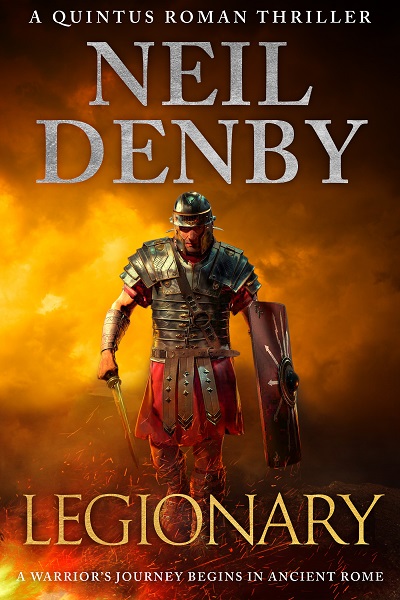 The first book in a thrilling series of adventures set in Ancient Rome! For fans of Ben Kane, Conn Iggulden, Bernard Cornwell and Simon Scarrow.

Death by your comrades’ hands…

Julius Quintus Quirinius, like many citizens in the years after Rome’s civil wars, must volunteer with the Roman army or be sold into slavery.

Keen to prove his worth, he becomes a member of the IXth Legion, but after only six months his cohort suffer a brutal defeat, the result of stupidity and cowardice.

Cowardice in a legionary carries a heavy punishment: the sentence of decimation – to live or die at the whim of the gods with the unlucky ones clubbed to death by their fellow soldiers.

Ursus, the man killed in Quintus’ group, lays a heavy charge on the youth, asking him to look after the remaining men and to take care of his family back in Rome.

Keen to fulfil Ursus’ last wishes, Quintus helps lead his cohort south to defeat the tribesmen skulking in the mountains in the hope that the IXth legion’s reputation will be restored.

But if they win the fight, their reward may not be the prize they had hoped for… And it soon seems as if returning to Rome is further out of reach than ever…