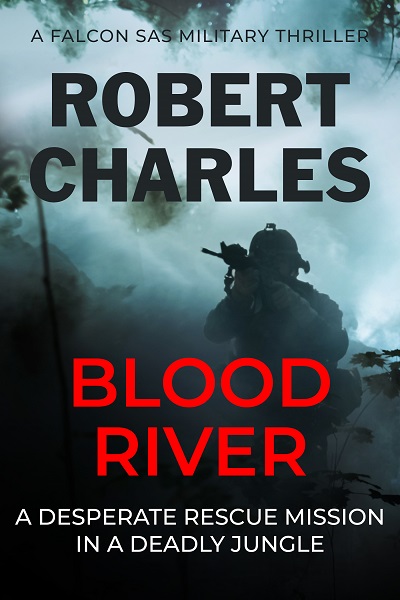 Someone really wants everyone dead…

For fifteen years Mark Falcon trained with the elite Special Air Service to become the ultimate human weapon. During that time he learnt about warfare and survival the hard way. Now he is a freelance journalist, free to choose his own wars wherever those unique combat skills are still in demand.

When a plane carrying UN diplomats crashes in the jungles of central Borneo, Falcon is called to find the wreckage and rescue any survivors.

But the mission proves more deadly than any the former SAS captain has led before.

With a killer in their midst Falcon must draw on all of his military training if he is going to get everyone out of the crocodile-infested jungle alive.

Getting there proves hard, but getting out proves even harder…

BLOOD RIVER is the first book in the FALCON SAS series: action-packed historical thrillers starring an uncompromising British hero – the unstoppable fighting machine and battle tactician, Falcon of the SAS.