Whoever Fears the Sea

Home > Books > Whoever Fears the Sea 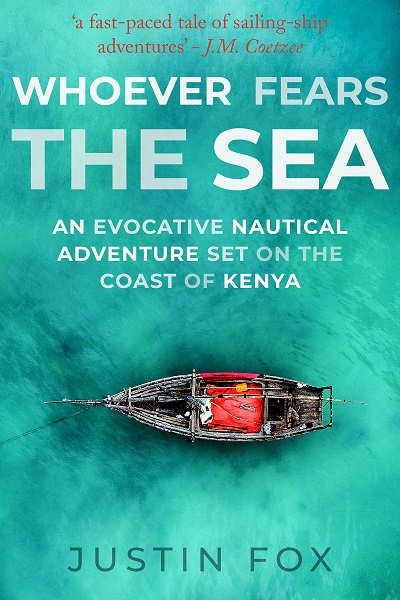 A gripping and reflective tale of modern seafaring along the African coast. For fans of R.E. McDermott, J.M. Coetzee, maritime stories and literary fiction.

Will Paul’s obsession lead him on a voyage into death?

As the world reels in the aftermath of 9/11, documentary filmmaker Paul Waterson is preparing to spend a month away researching Swahili seafaring culture in East Africa.

As he wends his way through Kenya to the historic Lamu Archipelago, Paul becomes caught up in the search for the last remaining mtepe dhow — an ancient craft that’s stitched together with thread.

But with tensions at an all-time high in the wake of the terror attacks, his journey is set to take a perilous turn when, against all advice, he boards a boat headed for Somali waters.

When the craft is kidnapped by pirates, a terrifying battle for survival ensues.

Has Paul gone too far in his quest for adventure?

Packed with twists and turns,

.Whoever Fears the Sea is a nautical adventure story by Justin Fox.