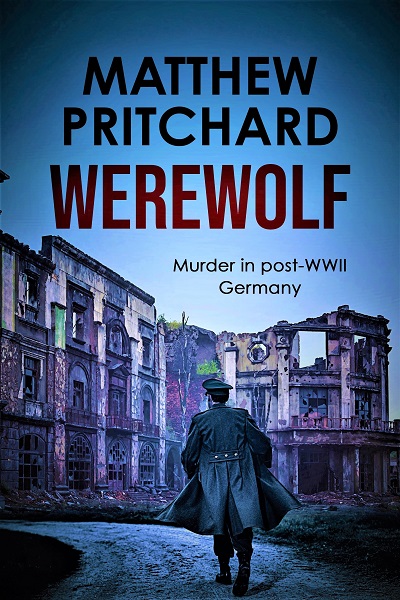 The Allies have won the war but have they unwittingly released a new horror into post-war Germany…?

Scotland Yard’s Detective Silas Payne has been seconded to the Military Government in Germany to run a police training school as part of the denazification policy.

When two corpses are found in a house requisitioned by the army, one of them a former Waffen SS soldier, Payne starts to investigate.

But he quickly encounters resistance from the local British personnel who do not want him interfering in their affairs.

Things escalate when another man is killed – this time a British soldier.

Payne, however, believes it is the work of a depraved and dangerous serial killer.

Can he unravel the mystery in a world where the line between justice and vengeance has become fatally blurred…?

Werewolf is an intriguing historical mystery – a hard-boiled urban thriller set in Germany immediately after the Second World War, by Matthew Pritchard.