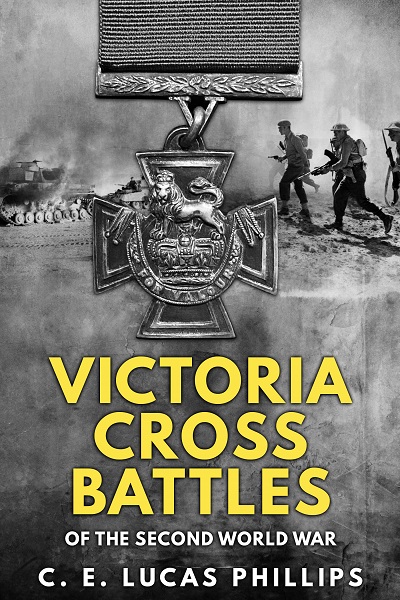 An extraordinary history of the most heroic actions of World War Two. Perfect for readers of Ant Middleton, Damien Lewis and Ben MacIntyre.

The Victoria Cross is the British military’s highest and most prestigious award. During the course of World War Two, one hundred and eighty two Victoria Crosses were awarded for valour ‘in the presence of the enemy’ to men who fought on land, at sea and in the air.

Although these medals are usually associated with individual acts of heroism, C. E. Lucas Phillips uncovers the extraordinary battles in which multiple Victoria Crosses were won.

From Crete to Burma, the Atlantic to North Africa, Lucas Phillips explores the daring exploits of Australians, New Zealanders, South Africans, Gurkhas and Britons as they performed courageous acts that saw them, often posthumously, awarded with the highest honour.

Victoria Cross Battles of the Second World War chronicles not just the heroic actions themselves but also provides insight into the wider battles and war, utilising first-hand evidence to graphically depict these extraordinary moments that punctuated the long, brutal conflict.