Ultra in the Pacific

Home > Books > Ultra in the Pacific 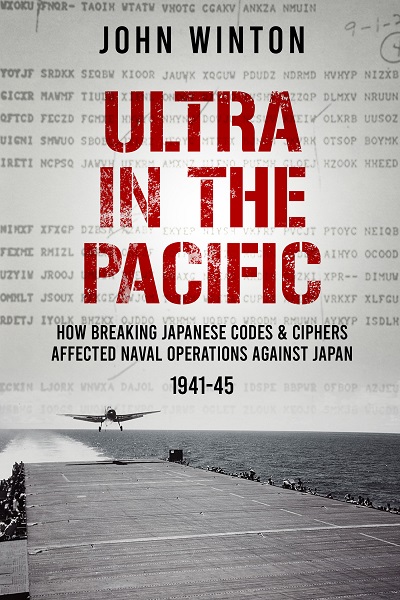 An astounding assessment of the invaluable role of U.S. and Allied codebreakers in the sprawling naval war against Japan.

How did the allies intercept, decipher, and analyse Japanese secret messages through the course of World War Two? And perhaps more importantly, how were they able to use the information they gathered without highlighting to the Japanese that their codes had been cracked?

John Winton has skillfully used a wealth of previously top secret American and British sources to craft an astounding history of intelligence and espionage in the Pacific War.

He uncovers the key role played by codebreakers in the naval stand-off at Coral Sea and the showdown at Midway; how cryptanalysis affected the Guadalcanal campaign and set up the airborne assassination of Admiral Yamoto; ULTRA’s importance in giving the US foreknowledge of Japanese operations in the Solomons and made Allied submarines such a deadly threat to enemy shipping.