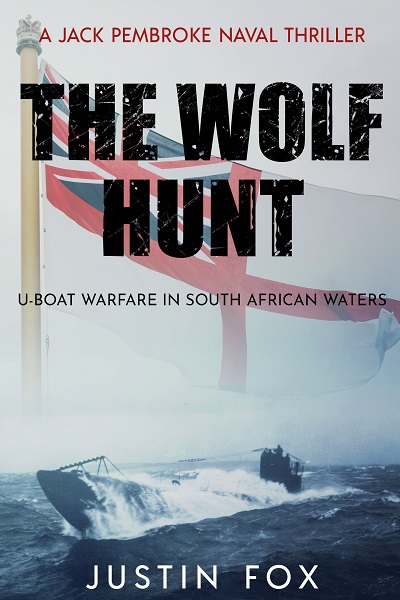 Jack Pembroke is back in another thrilling wartime adventure! For fans of Dewey Lambdin, Patrick O’Brian, Chris Durbin, Douglas Reeman and Max Hennessy.

The South Atlantic Wolves are on the attack…

Lieutenant Jack Pembroke has found a new home and new love at the Cape, but it will all hang in the balance with the arrival of the enemy in South African waters.

With the Mediterranean all but closed to maritime traffic, and Rommel’s forces rampaging through North Africa, this sea route is vital to supplying the Allied forces in Egypt.

But German U-boats have been sent by Admiral Donitz from their bases on the west coast of France to cripple the convoy route.

Jack is put in command of a small anti-submarine flotilla in the Royal Navy base of Simon’s Town, South Africa.

But he has very little time to train his officers and men, and prepare his ships, for the arrival of the Nazi wolf packs.

With the Cape under attack, Jack has to escort a vital convoy from Cape Town to Durban.

But with the enemy U-boats lying in wait in the storm-ravaged waters, he’ll be luck to make it out alive…