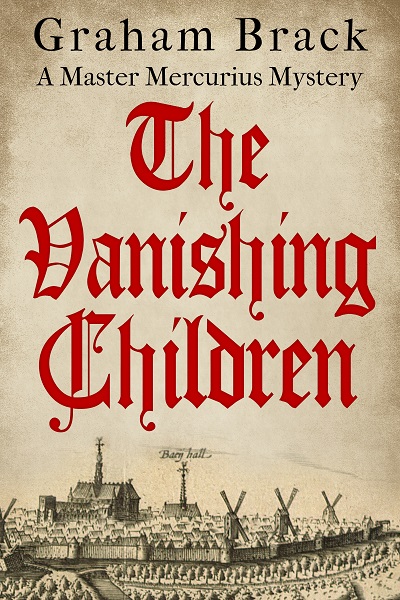 Three Jewish boys are missing … but why is nobody investigating?

The Dutch Stadhouder, William of Orange, has summoned Master Mercurius — and that is never good news.

Mercurius has gained a reputation for himself with William for successfully undertaking diplomatic missions. And William is now paranoid that his own subjects — and the English exiles living in the Netherlands — are plotting against him.

Mercurius is sent to gather information, but he soon finds himself caught up in another mystery.

Three Jewish boys have vanished, and the local magistrates are doing nothing to investigate their disappearances.

Mercurius quickly realises something sinister is going on and promises to unravel the mystery before he has to return to Leiden.

Who is abducting the young children? Are more at risk?

And is the Stadhouder right to fear a plot against him…?

The Vanishing Children is the fifth historical murder investigation in the Master Mercurius Mystery series by Graham Brack.