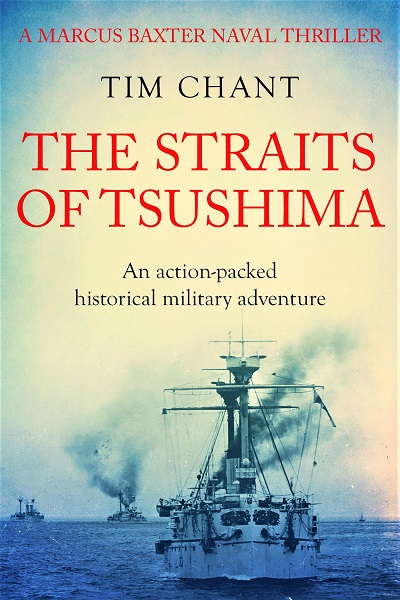 Who can you trust when nothing is as it seems…?

The Russo-Japanese War has been raging for almost a year.

When blacklisted former Royal Navy officer Marcus Baxter is offered the chance to spy on a Russian ship passing through the North Sea, he jumps at the chance to regain his commission.

Accompanied by young Tommy Dunbar, desperate to earn his sea legs, Baxter is betrayed by the crew and captured by a Russian cruiser, the Yaroslavich, where both he and Tommy are held captive in an attempt to avoid escalating tension with Britain.

As the journey unfolds, Baxter discovers that not all of the crewmembers are who they claim to be – including Russian aristocrats, revolutionary Marxists and mutineers – and with a traitor in their midst, can anyone be trusted?

Braving typhoons, treacherous seas and would-be assassins, Baxter finds himself fighting alongside his new Russian comrades in the Battle of Tsushima, commanding one of the gun batteries and helping to fight off Japanese torpedo boats.
But with the Yaroslavich hit and going down, will any of them survive?