The Sack of Rome

Home > Books > The Sack of Rome 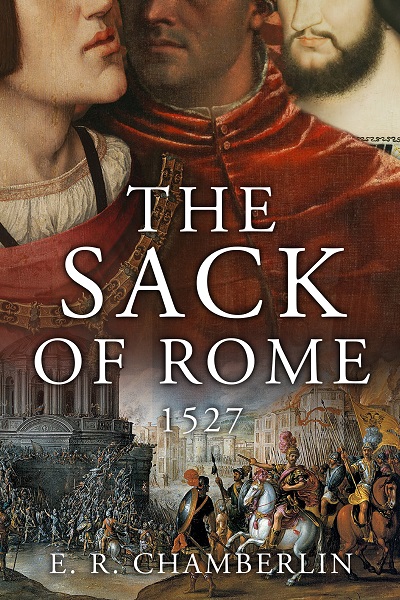 An epic account of the moment when Renaissance Rome was torn apart and mercilessly destroyed by mutinous Christian soldiers.

In the early morning of 6 May, 1527, the 20,000 starving, unpaid troops of Emperor Charles V began their assault on the great walls of Rome. After only a few hours they had overcome the barricades; the city into which they streamed was now in their grip. This uncontrollable force of German landsknechts, Spanish soldiers and Italian mercenaries showed no mercy as they plundered, raped and slayed their way through the holy city.

Why was this monumental army camped outside the walls of Rome? Did the Protestant beliefs of many landsknechts cause them to act more mercilessly towards the Pope’s subjects? And how were some of the most powerful men in history powerless to stop this atrocious event?

E. R. Chamberlin’s masterful study traces the origins of this tragic events and uncovers the personalities who had unwittingly led to it, from Charles de Bourbon, the leader of the army who was killed at the moment of assault, to King François I of France and Emperor Charles V whose rivalry had laid waste Italian lands, and of course, Pope Clement VII, who had retreated to the safety of Castel Sant’ Angelo while his Swiss Guard were slaughtered behind him.

Drawing upon numerous contemporary sources, Chamberlin has created a fascinatingly readable account, contrasting the glory of Renaissance Rome before the Imperial army arrived with the squalor that was left in its wake as starvation and plague killed off the few remaining inhabitants that had not chosen to flee.