The Raiders of Arakan

Home > Books > The Raiders of Arakan 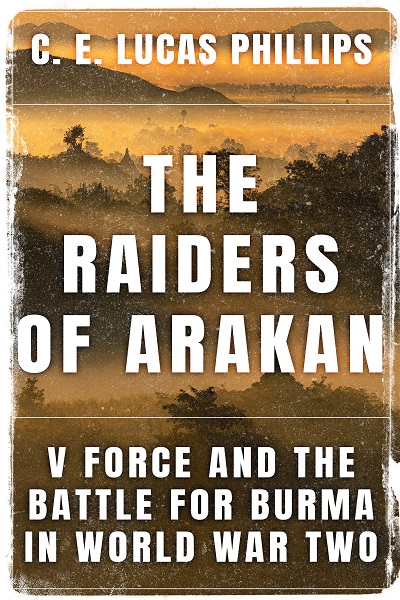 A stirring account of one of the bravest and most effective units in the fight against Japan in World War Two.

By 1942 Guam, Wake Island, Hong Kong, the Philippines, the Dutch East Indies, Malaya, Singapore, and Burma had all fallen to Japanese forces.

On the Burmese-Indian border the Allies began their fight back, but to do so they needed to know the movements of the Japanese military.

V Force, under the leadership of Major Denis Holmes, was created as a reconnaissance, intelligence-gathering, and guerrilla organisation to become the eyes and ears of the Allied military.

Working with 3rd Commando Brigade, the 81st West African Brigade, and the support of local population, Holmes and his men were able to gather information and strike behind enemy lines. Their daring was remarkable, their information usually of exemplary accuracy and their speed instant.

C. E. Lucas Phillips uses Holmes’ own diary along with memoirs of various combatants to provide insight into these unconventional heroes, their impressive courage, and how their exhilarating exploits allowed the Allied forces to turn the tide against Japanese aggression.