Home > Books > The Queen Herself 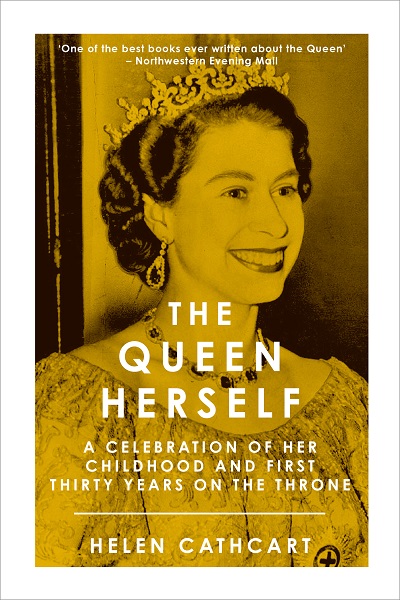 ‘I declare before you all that my whole life, whether it be long or short, shall be devoted to your service…’ – Princess Elizabeth, 1947

Born third in line to the British throne, Elizabeth never expected to be Queen, yet her destiny was fixed with the abdication of her uncle, Edward VIII.

Royal biographer Helen Cathcart’s fascinatingly intimate account charts Elizabeth’s extraordinary life, from her birth and early years growing up in the royal palaces – sleeping in the dungeons of Windsor Castle during the air raids of the Blitz – through to her marriage to Prince Philip in 1947 and their life together as new parents.

The death of Elizabeth’s beloved father, King George VI, in 1952 saw her life change forever when at the age of twenty-five she became Queen.

Cathcart vividly brings to life many of the key events during the first thirty years of Queen Elizabeth II’s reign, including her spectacular Coronation at Westminster Abbey in 1953 and subsequent six-month grand tour of the Commonwealth, as well as Her Majesty’s first televised Christmas broadcast in 1957.

Drawing on a wealth of contemporary sources, including family letters, royal journals and personal recollections, The Queen Herself is an exceptionally detailed biography of a loving daughter, wife and mother, as well as an iconic and celebrated national figurehead devoted to a life of service.

The Queen Herself offers a fascinating insight into Her Majesty The Queen’s remarkable life and reign.