The Prodigal Genius: The Life and Times of Honoré de Balzac

Home > Books > The Prodigal Genius: The Life and Times of Honoré de Balzac 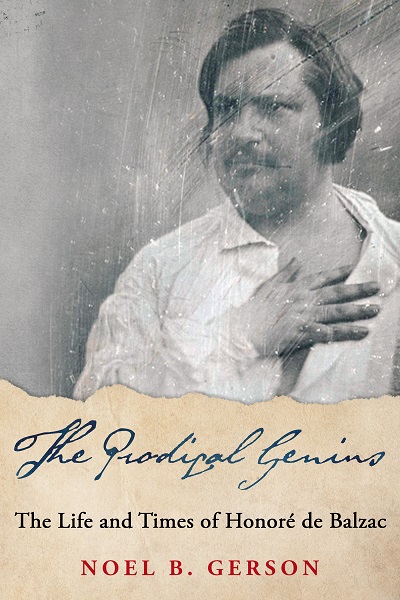 An authoritative biography of one of nineteenth-century Europe’s greatest authors.

Author, businessman, bankruptee, gourmand, lover … few people have managed to accomplish so much in one lifetime as the French author Honoré de Balzac.

Hailed as a genius in his own lifetime for his realistic depiction of nineteenth-century French life – an assessment with which he readily agreed – it was Balzac’s own life that was often more extraordinary than his fiction.

Noel B. Gerson charts the rise and fall of this remarkable man through the course of his life, providing insight into the versatile genius and exposing his punishing work schedule and the complexities of his romance-laden, debt-ridden personal life. By utilizing a wealth of primary sources, including the letters written between Balzac and his friends, family and lovers, Gerson masterfully captures the character of 1830s Paris and its most eminent author.

The Prodigal Genius: The Life and Times of Honoré de Balzac is an impressive literary biography of one of France’s greatest novelists, dramatists, essayists and critics.