The Princess Royal: From Princess Mary to Princess Anne 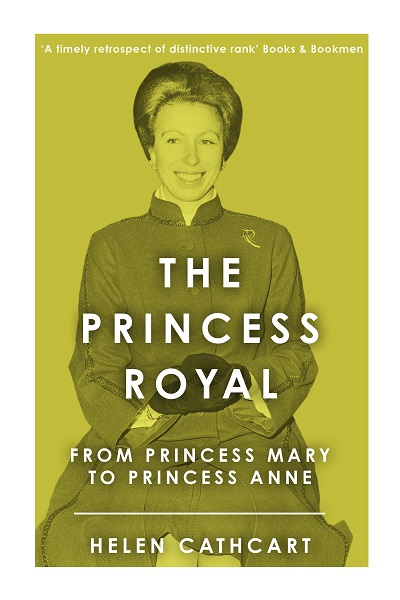 An engrossing account of the life of Princess Anne and how her role was shaped by the six women who served as Princess Royal before her.

To understand what it is to be a Princess Royal, the ‘doyenne of royal biographers’ Helen Cathcart skilfully portrays the lives of the foremost royal daughters from the days when princesses were ‘ladyes’ and the King’s eldest son was styled Prince Royal, through to our present Princess Royal.

Drawing on royal letters, journals and associated material, the author’s fascinating pen captures the first four decades of Princess Anne’s life, from playful child and stylish teenager to champion rider and tireless campaigner for good causes. Along the way are royal engagements and regimental dinners, a love affair with a Dragoon and a terrifying kidnap attempt.

The Princess Royal is the definitive account of what it means to be the first and most royal of royal daughters and how Princess Anne is truly a Princess Royal for our times.