The Paladins: A Social History of the R.A.F. up to World War II

Home > Books > The Paladins: A Social History of the R.A.F. up to World War II 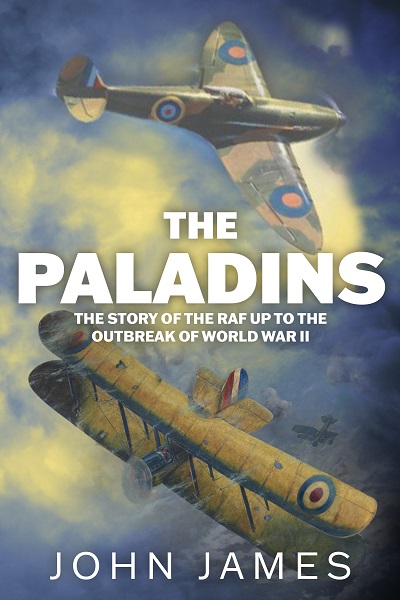 In the summer of 1940 Britain faced one of its sternest tests; the Battle of Britain pitted the might of the German Luftwaffe against the determination of the British Royal Air Force.

How was the air force of this small island nation able to repel wave after wave of Nazi planes? How had the RAF developed during the interwar years? And who exactly were ‘the few’ to whom we owe so much?

An engrossing history of the origins and development of the RAF from before the First World War to the lead up of the Second.

This book is ideal for fans of John Nichol, James Bradley and Alasdair Cross.

John James provides fascinating insight into the RAF as it encountered its greatest ever challenge. Drawing upon a wealth of new evidence about its organisation, strategy and preparedness, James presents a startlingly new approach that reassesses many of the myths and legends that surround the history of the RAF in the years before World War Two.

The Paladins charts the progression of British military aviation from its very earliest years emerging from lessons learned from observation balloons moving on to biplanes with handguns and grenades as weapons through to the emergence of the legendary Spitfires and Hurricanes.