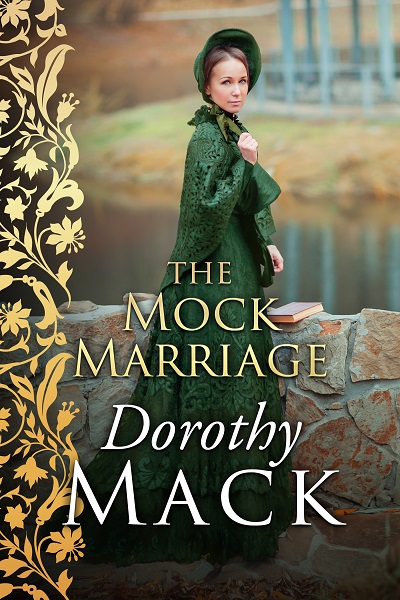 A captivating actress takes on her most demanding role yet…

Following the death of her debt-ridden father, Claire Yelland is forced to take to the stage to earn her living.

Intrigued by her talents, handsome baronet Sir Egon Hollister offers to pay Claire to pose as his wife to help him escape an arranged marriage. With her gambling brother on the brink of ruin, she reluctantly accepts the role.

Under the scrutiny of Egon’s family, Claire must keep her performance – and her feelings – under control. But the baronet’s enigmatic charms soon prove hard to resist…

The Mock Marriage by Dorothy Mack is a classic Regency romance full of passion and intrigue.