The Great American Rascal: The Turbulent Life of Aaron Burr 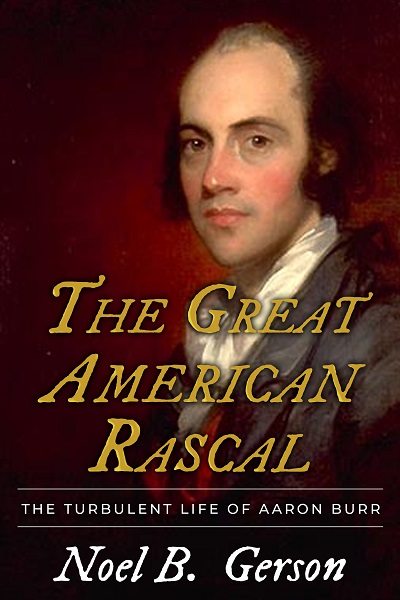 On July 11th, 1804, Aaron Burr faced and killed Alexander Hamilton in a duel.

Noel B. Gerson uncovers the rise of a man who lost his father at the age of one, entered Princeton as a sophomore at thirteen, took part in Colonel Benedict Arnold’s expedition to Quebec, became a national hero for saving an entire brigade from capture during the New York Campaign, and after the war rose to become a leading figure in New York politics, becoming vice-president in 1800 before the infamous duel occurred four years later.

Yet, the story of Aaron Burr does not end there. Gerson goes on to expose the rest of his long and turbulent life, providing insight into the western conspiracy, the trial for treason, and his struggle to return to America after four years of self-imposed exile in Europe.

This book is an engrossing biography of one of the most notorious figures in the history of the United States. It is an ideal read for those who wish to find out more about a person who could have been one of the greatest of Americans, in an age of giants, but whose personal flaws ultimately led to his demise.