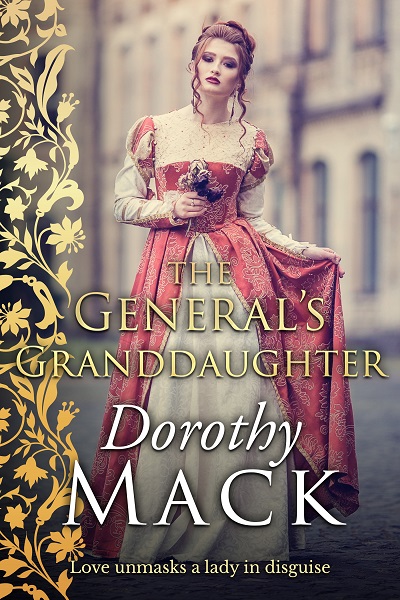 How long can Sarah keep up her charade?

Orphaned and unable to support her younger brother, Sarah Ridgemont seeks the aid of her wealthy but long-estranged grandfather, Sir Hector Ridgemont.

However, fearing immediate dismissal, she decides to disguise herself as his new housekeeper until she feels able to ask for his help.

But when Sir Hector’s formidable neighbour, Viscount Mark Eversley, sees through Sarah’s ruse, it seems to be only a matter of time before her true identity is revealed.

And under the intense gaze of the dashing viscount, Sarah finds it increasingly difficult to keep her secret — and her heart — intact…

The General’s Granddaughter by Dorothy Mack is a classic Regency romance full of suspense and intrigue.