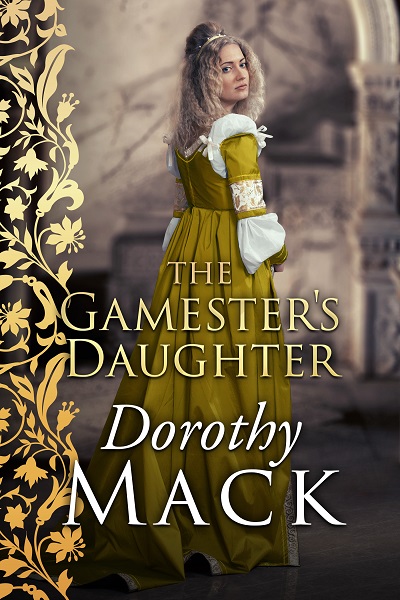 Can Claudia place her trust in Lord Pelham?

As a frequent hostess of her father’s Parisian gaming house, young Claudia Herbert is one of the most sought-after belles in the city.

But when her father is murdered, she is forced to disguise herself and flee to England for her safety — and to carry out the dangerous task that he left her.

However, a twist of fate draws Claudia into the chaotic home of the Brewster children, where she agrees to help out until their uncle — Lord Miles Pelham — returns from his travels.

To Claudia’s dismay, Miles instantly recognises her from her old life in Paris.

The Gamester’s Daughter by Dorothy Mack is a classic Regency Romance with a strong and daring heroine.