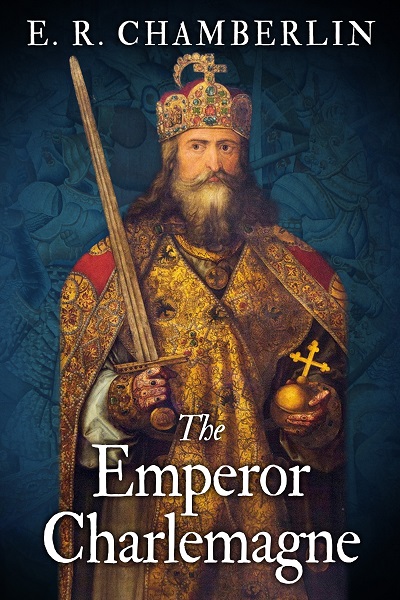 An authoritative biography of the greatest ruler of the medieval period.

On Christmas Day, 800, Charlemagne was crowned ‘Emperor of the Romans’ by Pope Leo III.

Originally inheriting one half of his father’s Frankish kingdom, by the time of his death in 814 he had put down rebellions in his own provinces, conquered the Lombards, fought against Saxons, Avars and Slavs in the east, clashed with Muslims in Spain, negotiated with the papacy and the Byzantine Empire, and united much of western and central Europe for the first time since the classical era of the Roman Empire.

Under his guidance the Carolingian Renaissance flourished, with his capital of Aachen becoming a centre of learning and artistic genius.

The legacy of Charlemagne on European history and culture is monumental.

Yet, within thirty years of his death, his empire had fragmented.

Who was this legendary ruler? How had he managed to rule these vast domains? And why has his legacy continued to influence Europeans to this day?

E. R. Chamberlin’s masterful biography of Charlemagne demonstrates the sheer force of will that this charismatic leader was able to command as he created a realm to rival the Byzantines in the east.