The Bridge of Sand

Home > Books > The Bridge of Sand 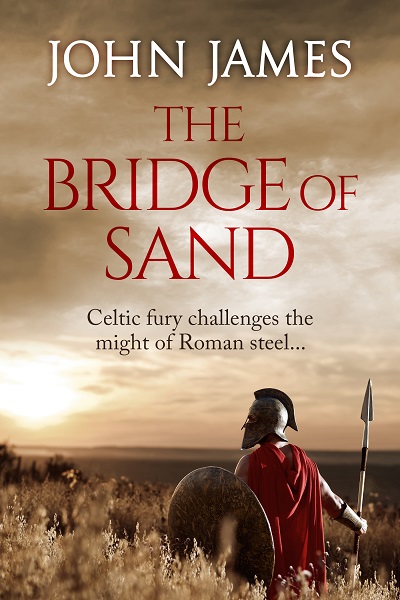 The Island stands as one of the farthest outposts of the Roman Empire – a misty, mysterious land of wild weather and sudden death.

Juvenal, poet and regimental commander, is ordered to conquer the Island. With a small column of men, he must fight his way through the swampy, hostile countryside to the legendary Bridge of Sand that leads to the Island and her bounty of wheat.

The column strikes out into an uncharted, mystical wilderness – a land of Gods and Goddesses, of illusion and superstition – to find that Rome’s seemingly invincible might is threatened by Druidic magic…

Will the Romans survive their quest? Will they reach the mysterious rumoured Bridge of Sand?

And can Juvenal appease the Gods and conquer the Island for Rome?

Written with sharp wit and undeviating irony THE BRIDGE OF SAND is an Ancient History novel following a band of Roman soldiers on a military campaign.