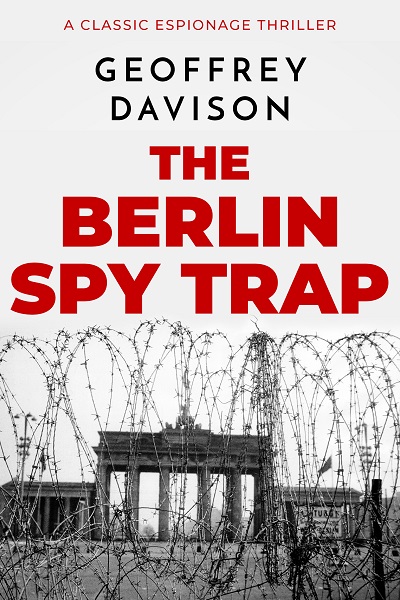 How do you find the answers when they are locked in your own lost memories?

John Stack wakes up in a strange hotel room in Spain with his memory of recent events wiped.

It is clear he has been attacked. But what did they want?

Stack is a journalist by trade but under that façade he is also an undercover British agent.

Stack needs to remember what his mission was in Spain – and what happened to his two partners.

Aware his life is in imminent danger, he does not know who he can trust.

The doctor who treats his injuries offers to help him, but in return Stack must help smuggle someone across the Berlin Wall from East Germany to the West.

The Berlin Spy Trap is a heart-pounding espionage thriller, following one man navigating his way through the tensions of Cold War Europe, by Geoffrey Davison.