The Awakening Giant: Britain in the Industrial Revolution

Home > Books > The Awakening Giant: Britain in the Industrial Revolution 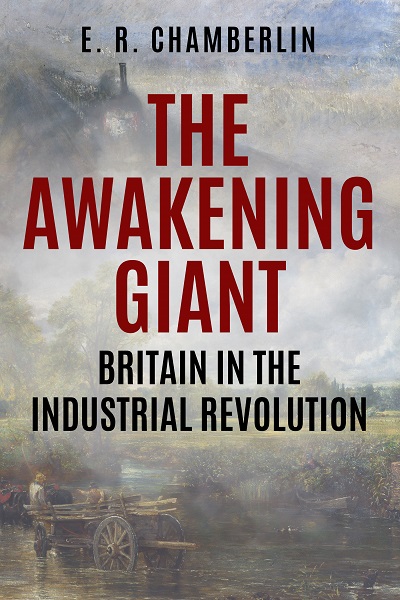 An insightful account of how the Industrial Revolution transformed Britain from a largely agricultural society to the workshop of the world.

Technological advances and inventions during the eighteenth and nineteenth centuries paved the way for monumental changes in the economic, social and political makeup of Britain.

E. R. Chamberlin charts how the laying of new roads, railways and canals allowed inhabitants and goods to become much more mobile, how steam power, developments of the textile industry and agriculture as well as increasing demand for coal and iron transformed Britain, and he uncovers many of the remarkable inventors, from Thomas Telford to Isambard Kingdom Brunel, who made it all possible.

The Awakening Giant provides a fascinating window into what it was like to live in these emerging industrial towns and ports where whole families toiled in squalid conditions for long hours and diseases spread viciously in their tenement slums. Yet, while some struggled, others prospered and Chamberlin also uncovers the lives of the emerging middle classes who moved to suburban mansions and were waited on by an army of servants.

Chamberlin’s gripping study provides a thorough account of the Industrial Revolution, examining not just what developments took place during this period, but also how these changes affected the lives of British people.