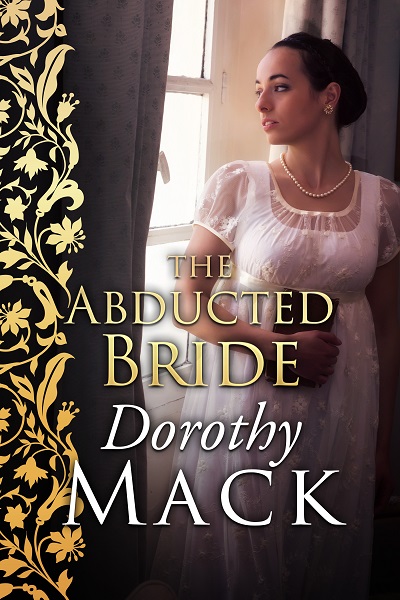 Can a case of mistaken identity turn into a tale of true love…?

Amy Cole wants the freedom to be her own mistress while her brother, Robert, is away from home.

But he has left her under the care of a friend and she cannot even leave the estate without being followed.

Then, one day in town during a few unescorted minutes, she runs into a former soldier in search of his missing bride.

Sir Jason Archer is convinced that Amy is his beloved Désirée. No matter how much she protests, Jason refuses to accept her story.

So she resigns herself to playing along until she can manage an escape.

But much to her surprise, Amy starts to grow fond of this insistent, enigmatic man.

She can only hope that when he finally discovers she is truly not Désirée, he will love her just the same…

The Abducted Bride is classic Regency romance by Dorothy Mack, full of suspense and intrigue.