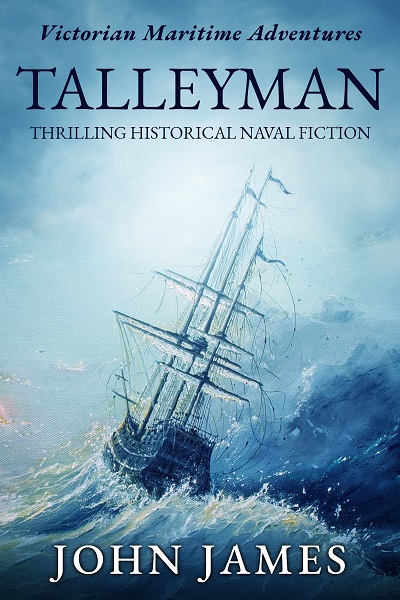 Talleyman is caught up in a deadly uprising…

With ten years at sea already under his belt, Lieutenant Thomas Talleyman of Her Majesty’s Royal Navy joins his first steamship, Santorin, with orders to sail from Portsmouth to distribute cornmeal among the poor in Ireland.

On their arrival into Coulagh Bay, County Cork, the crew of the Santorin find the country in the grip of a deadly famine, the people abandoned; hunger and despair driving the tenant farmers to acts of rebellion.

When Talleyman intercepts a shipment of weapons smuggled from America into Ireland under the guise of famine relief, and uncovers plans for a major insurrection, he is driven by his training and loyalty to his service to take sides.

But which side will he choose? And will he survive the uprising?

As tensions escalate, Talleyman knows that it is not just lives that are at stake, but the future of Ireland itself…