Statue in Search of a Pedestal

Home > Books > Statue in Search of a Pedestal 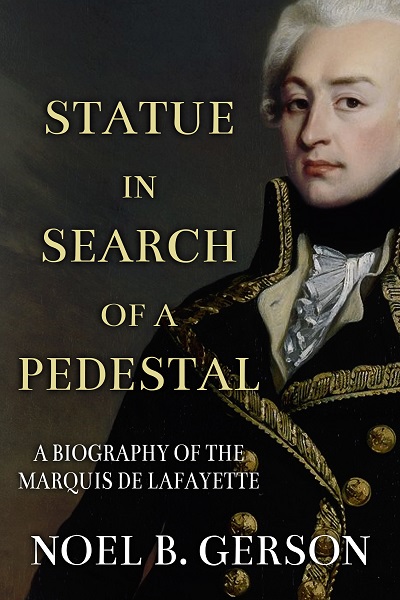 “Liberty for all is worth any sacrifice.” So said Gilbert Motier de Lafayette, the French visionary who championed freedom and equality, but whose devotion to the cause of democratic government came at a great personal sacrifice.

Born into one of the oldest and most honorable aristocratic families in France, as a teenager the idealistic Lafayette volunteered to fight under George Washington for America’s independence in the Battle of Yorktown in 1781, a decisive victory which brought him lasting military renown and made him one of the true heroes of the American Revolution.

A natural leader of men, both on and off the battlefield, as commander of France’s National Guard Lafayette risked his own life to save those of Louis XVI and Marie Antoinette during the French Revolution. Yet the role ultimately placed him in a position of conflict between the monarchy and the nobility, and, branded “a traitor to his class,” he was forced to flee the country he loved and had served with unselfish distinction.

Captured and imprisoned in the Austrian fortress of Olmütz for five years – his devoted wife Adrienne choosing to join him in captivity – Lafayette returned to France after Napoleon Bonaparte secured his release in 1797, though he refused to participate in Napoleon’s dictatorial government.

Elected to the Chamber of Deputies in 1818 following two decades in political exile, Lafayette continued to fight for freedom of speech, press, assemblage, and worship, arguing that these were rights that belonged to all people and could not rightly be taken from them by any government.