Springboard to Victory: The Burma Campaign and the Battle for Kohima

Home > Books > Springboard to Victory: The Burma Campaign and the Battle for Kohima 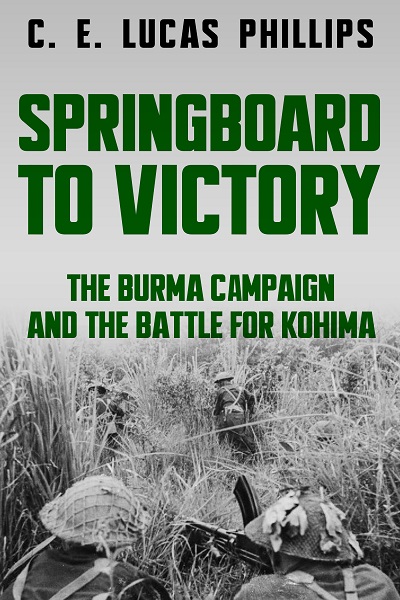 A clear and compelling account of the brutal battle of Kohima that swung the balance of the Burma Campaign in World War Two.

‘Sieges have been longer but few have been more intense and in none have the defenders deserved greater honour than the garrison of Kohima.’ Field Marshal the Viscount Slim

‘The valiant defence of Kohima against enormous odds was a fine episode.’ Winston Churchill

For a fortnight in April 1944 Lieutenant-General Sato threw nearly the whole force of his division towards the Kohima Ridge. Against them stood a tiny force of one thousand five hundred British and Indian troops.

How were these Allied forces able to hold back the attack from over ten thousand Japanese soldiers? And what happened over the course of these long and bloody weeks?

C. E. Lucas Phillip’s book uncovers not only the personal experiences of the men who fought in this battle but also the political, geographical and military position of the Burma campaign, leading up to and following the siege.