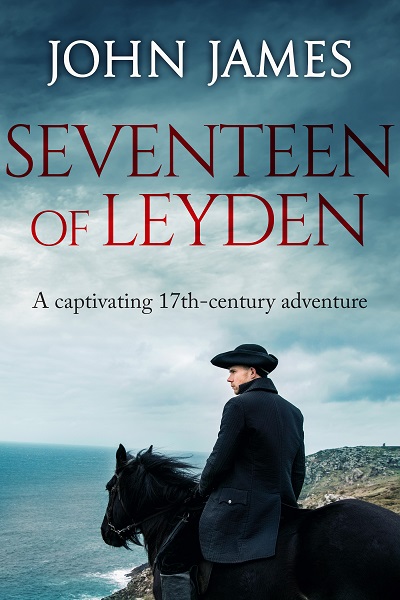 Dr Richard Oliver Wormset, Physician and Number Seventeen of Leyden in the ‘Knott’ — the formidable secret service of His Majesty King James II — returns home from Holland to discover his betrothed, Deborah Gadney, and four of her friends have been transported to the West Indies, falsely accused of complicity in the Duke of Monmouth’s rebellion.

Somewhat reluctantly — because he will miss both Michaelmas Goose and Christmas Pudding — Wormset signs on as a ship’s doctor and sails in pursuit.

Along the way Wormset — a bleeder and leecher of considerable enthusiasm — braves hurricanes, Barbary pirates and sea battles, and encounters a promiscuous Countess, an incompetent Captain of the Dragoons, a spirited pirate queen and a villainous Dutch spymaster, alongside a host of other dubious characters.

But with danger and treachery seemingly lurking at every turn, Wormset must tread carefully if he is to find Deborah and make it home in time for their wedding.

Has Wormset performed his last blood-letting? Will he ever find Deborah?

And will he acquire a taste for rum during his boudoir and shipboard adventures?

SEVENTEEN OF LEYDEN is a picaresque adventure novel featuring the bumptious Doctor Richard Wormset and set against an authentic historical 17th-century background.