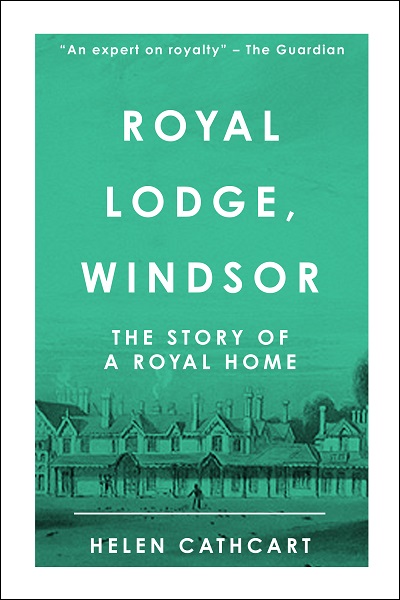 Royal Lodge is one of a scattered group of dwellings, mansions, forts and follies in the southern recesses and environs of Windsor Great Park which have served royal pleasures and private needs ever since the carefree days of Charles II. It has been the home of artists and courtiers and farmers and foresters, the picnic pavilion of queens and the private abode of two kings.

Nestled amongst groves of ancient woodland and landscaped gardens, it is where the Duke and Duchess of York (later King George VI and Queen Elizabeth) made their home in 1932 and where their two young daughters – Princesses Elizabeth and Margaret – played happily in the Little House, Y Bwthyn Bach, in the garden.

Meticulously researched, royal chronicler Helen Cathcart paints a vivid picture of the evolving architecture, changing décor and esteemed inhabitants of Royal Lodge from earliest days through to the mid-twentieth century.

Royal Lodge, Windsor is a superb narrative history of life at Royal Lodge through the centuries.