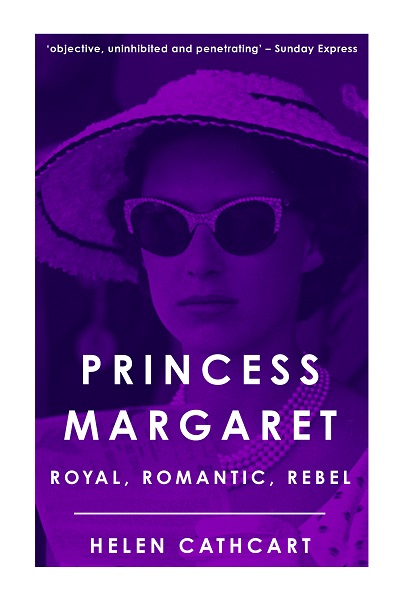 A compelling biography of Princess Margaret, Countess of Snowdon.

A tribute to an extraordinary life of faith, love and royal duty. Ideal for readers of Hugo Vickers, Philip Ziegler and Anne Glenconner’s Lady in Waiting.

Loyal sister and friend to Queen Elizabeth II, Princess Margaret grew up in the public gaze and during her lifetime was one of the most-discussed women in the world. But what was early life like for the younger sibling of the future monarch? And what role did she carve for herself within the Royal Family?

Royal biographer Helen Cathcart offers a fascinating personal study of the first four decades of the Princess’ life, from her birth at Glamis Castle and phenomenal childhood popularity in the nostalgic era of ‘the two little princesses’, through watching her parents crowned in Westminster Abbey and dancing among the crowds after her sister’s Coronation. The author casts crucial new light on ‘the Townsend affair’, a crisis once compared with that of the Duke of Windsor, and the culminating love story of the Princess and the young photographer, Antony Armstrong-Jones.

Against the changing scenes of royal palaces, Thames-side hideaways and Caribbean islands, and with deep family insight, Princess Margaret is the definitive inner story of the Queen’s beloved sister, charismatic and unconventional, yet always her steadfast self.