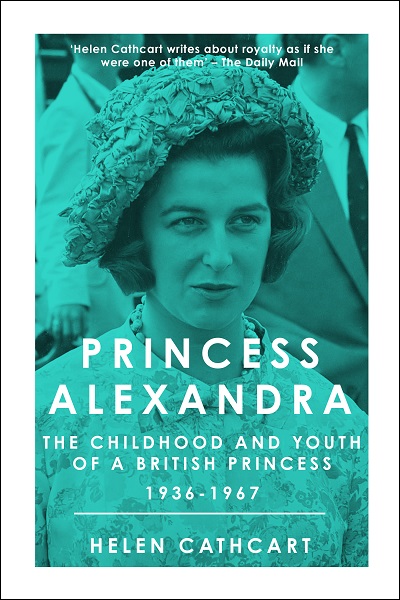 Born on Christmas Day, 1936, Princess Alexandra’s birth was almost overshadowed by the abdication of her uncle, King Edward VIII. Yet public affection for this new addition to the Royal Family has only grown during a lifetime of dedicated royal service.

In this intimate, behind-the-scenes biography, Helen Cathcart chronicles the first thirty years of Princess Alexandra’s life, from the tragic death of her father when she was just five years old to her wartime childhood at Badminton living with her grandmother Queen Mary, through to schooldays at Heathfield, bridesmaid duties for her first cousin Queen Elizabeth II, and early career working as a nurse.

Admired for her style and devotion to royal duty, we accompany Princess Alexandra as she overcomes her youthful self-consciousness to carry out a wide range of royal and official engagements, including her first solo overseas tour to Australia at the age of 22 in 1959.

We also witness the burgeoning romance between the princess and Angus Ogilvy, and their resplendent wedding at Westminster Abbey in 1963.