Peter Paul Rubens: A Biography of the Flemish Baroque Genius 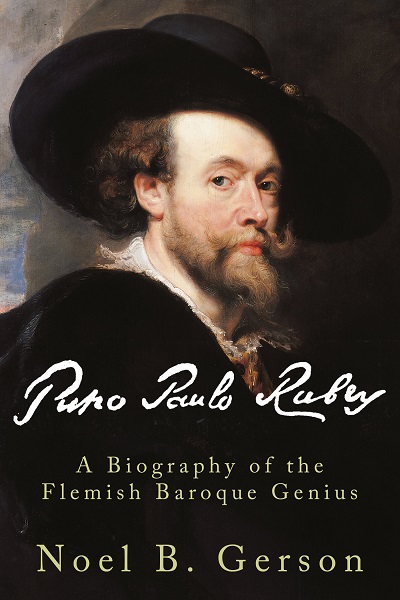 Artist, businessman, linguist, intellectual, husband, father, and international diplomat: few people have accomplished quite as much or achieved such acclaim as Peter Paul Rubens.

Renowned for being one of the most prolific and emotive painters of his age, Rubens’ Baroque works were celebrated for their distinctively vibrant colours, intense dynamism, and sensuous use of the human figure. In this engrossing biography, Noel B. Gerson charts the Flemish painter’s path to greatness, from a childhood spent in exile following a scandal that disgraced his father, his apprenticeship in Antwerp and his studies in Italy, through to the establishment of his own studio and subsequent career that saw him become a colossal figure in the European art world.

His ambition to become the greatest painter of his age included a tireless work-schedule that produced an enormous body of work. Yet his talent as an artist was matched by his skill as a diplomat, a profession that brought Rubens great wealth, royal patronage, and unprecedented honors, including elevation to the peerage by the monarchs of Spain and England.

Drawing on contemporary material, Gerson combines a full appreciation of Rubens’ work with a revealing insight into the eventful life of seventeenth-century Europe’s most prodigious artist.

Peter Paul Rubens vividly captures the culture, religious conflicts and political intrigue of seventeenth-century Europe and its most accomplished artist.