No Names On Their Graves

Home > Books > No Names On Their Graves 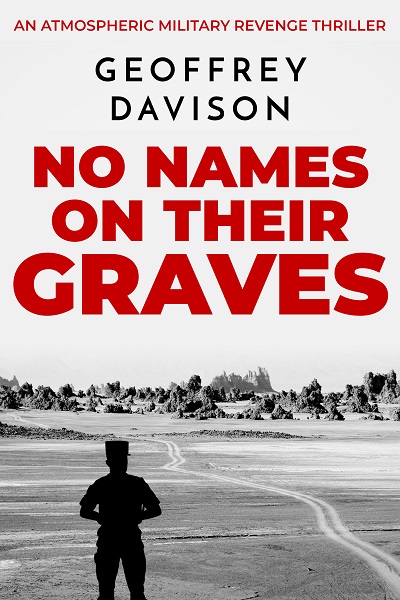 How far would you go in the name of revenge?

American Lee Carter’s life is torn apart when his family are killed in a terrorist attack.

Hellbent on revenge, Carter vows not to rest until he has tracked down the terrorist and killed him in return.

The FBI notifies him that the man he is looking for has changed his identity and joined the French Foreign Legion.

Despite the Legion’s infamously gruelling regime, Carter decides to join up himself to find the man he is looking for.

Under the false name of Lee Cato, Carter finds himself surrounded by dodgy characters and brutal superiors.

Can Carter survive the regime? Will he find the man he is looking for?

And how far will he go to avenge his family?

No Names On Their Graves is a heart-pounding historical military thriller by Geoffrey Davison.