Loot!: The Heritage of Plunder 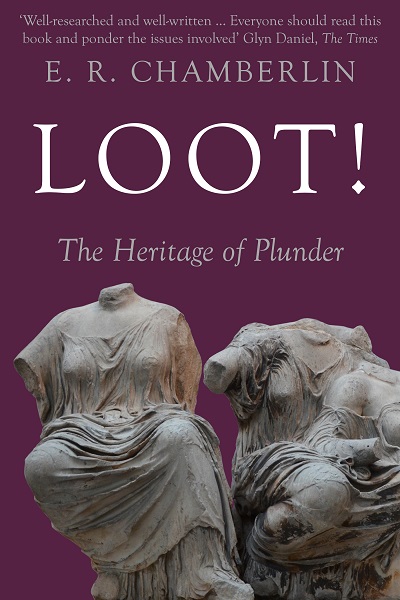 An illuminating history of artefacts and the questions of ownership that surround them. This should be essential reading for readers of Robert M. Edsel, Noah Charney and Alice Proctor.

‘Well-researched and well-written … Everyone should read this book and ponder the issues involved’ Glyn Daniel, The Times

None of these pieces of art were produced in the cities in which they now stand and debates about their ownership reverberate to this day.

How did these objects come to stand in the cities that now hold them?

And should one nation retain the historical treasures of another?

E. R. Chamberlin’s fascinating book explores how historical sites across the globe have been pillaged by tourists, archaeologists and infamous conquerors such as Napoleon and Hitler, the looters par excellence. He examines how artefacts have become symbols of nationhood and how attitudes towards ownership of some of these objects have changed in the last few decades as developing nations attempt to regain control of their identities.