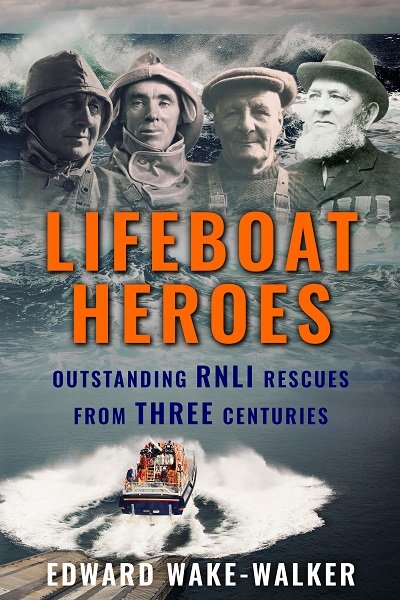 An engrossing history of the RNLI and how for two hundred years it has been saving lives along the coasts of Britain and Ireland.

The seas surrounding these small islands can be treacherous.

Even the most experienced seamen can find themselves in difficulty as they are buffeted by gale force winds and tremendous waves, tragically resulting in the loss of thousands of lives.

Yet since 1824 the RNLI has done its best to aid those in danger. Launching their vessels into the roughest seas and fiercest storms they have rescued countless men and women from sinking ships and certain death.

Edward Wake-Walker examines sixteen dramatic rescues spanning the entire history of the RNLI, from the early era when Sir William Hillary, founder of the RNLI, and his men rowed out to save the crew and passengers from the Fortroendet which had run aground, through to the modern era with helicopters and modern equipment providing assistance.

All of the sixteen accounts demonstrate the bravery of the lifeboat crews who risked their risked and sometimes tragically lost their lives in their desire to save those in peril.

Lifeboat Heroes: Outstanding RNLI Rescues from Three Centuries is a thrilling history of lifeboats and their crews. Edward Wake-Walker uncovers how the RNLI developed as a charity and how the lifeboats have evolved over the course of their long and valuable history.