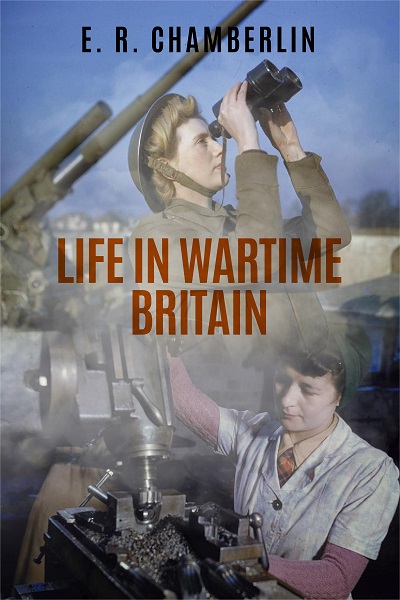 An enlightening social history of World War Two on the Home Front.

What was it like to remain in Britain while husbands, fathers and children were on the frontlines fighting against the threat of Nazi Germany?

How did the role of women and children change with the absence of these men during the war?

E. R. Chamberlin’s fascinating book transports the reader to life on the Home Front in Britain during the Second World War. Drawing on a vast array of contemporary sources, from personal memories of people who lived through it to newspaper reports and periodicals, Chamberlin charts the pain, fear, and boredom as well as the new sense of community that developed amongst those who lived through these years.

Life in Wartime Britain uncovers how the men, women, and children who remained behind took on new roles in factories and farms, or became WRENs or members of the Home Guard, joining together to survive the seemingly endless bombing raids, and how they prepared for rebuilding the nation once victory came into sight. This book shines an important light on a much-understudied aspect of the Second World War and should be essential reading for all interested in this tragic period.