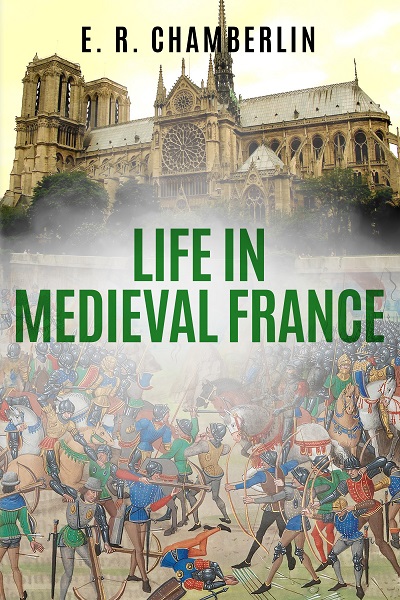 An enthralling social history of France during the Middle Ages.

Without doubt France was one of the wealthiest and most magnificent realms of the medieval world.

Gothic architecture soared to the skies, troubadours sang romantic ballads and knights jousted for chivalric honour. Yet, this was also a land where peasants served their masters with little freedom, while war, pestilence and famine threatened their lives and those of their families.

E.R. Chamberlin’s fascinating overview of medieval France introduces the reader to what life was like for these peasants and knights, how merchants were developing towns and guilds, in what ways Christianity imbued the thoughts of all people, and how art and architecture was developing throughout the land.

Life in Medieval France is an essential book for anyone interested in learning more about both high and low society during this remarkable period.