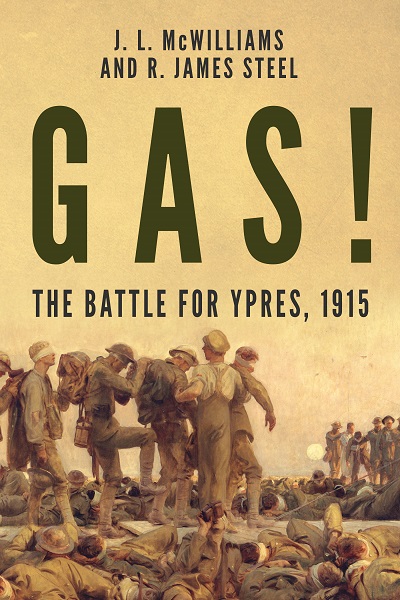 A fascinating World War One history that charts the first use of chemical weapons in modern warfare. Perfect for readers of Max Hastings, Martin Middlebrook and Tim Cook.

By 1915, the Western Front had descended into deadlock.

Near the town of Ypres soldiers from Canada, Britain, India, France, Belgium, the French Colonies and Germany sat in long winding trenches facing each other.

German commanders sought to break through the Allied lines by using a new weapon: chlorine gas.

As the thick, yellow-green cloud of smoke was carried by the wind into Allied trenches it overcame all those who breathed in its poisonous vapours.

By the end of the Second Battle of Ypres thousands of men had been killed and even more were injured as a result of gas.

J. McWilliams and R. J. Steel uncover this horrifying battle from beginning to end and explore what it was like the for the French Algerians who first witnessed the gas clouds approaching them, how the Canadians stubbornly refused to retreat in the face of gas, what the British and Indians hoped to achieve with their tragic counterattacks, and ultimately why the German offensive failed.

Gas! The Battle for Ypres, 1915 discusses the course of the battle not just from the perspective of generals, but from information in the accounts of field commanders and men who were there in the trenches witnessing these terrifying events first-hand.