Florence in the Time of the Medici

Home > Books > Florence in the Time of the Medici 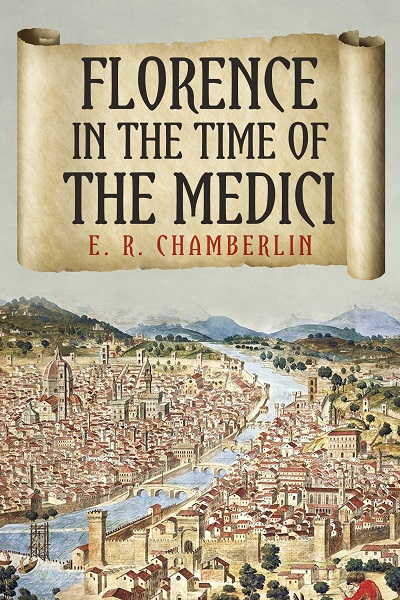 A brilliant history of one of the most beautiful cities in the world during the height of the Italian Renaissance.

The Medici are one of the most famous families in history. They built their wealth from banking in the fifteenth century and by the seventeenth century their ranks had produced four Popes, two Queens of France and acquired the hereditary position of Grand Duke of Tuscany.

How did this family rise to such heights of religious and political power? And in what ways did they transform the city in which they lived?

E. R. Chamberlin provides a dazzling introduction into the lives of Cosimo and Lorenzo the Magnificent, the streets in which they walked and the buildings that they helped pay for, the architects and artists that they patronized, as well as providing insight into how the city functioned on a day to day basis and how the ordinary people of Florence lived.