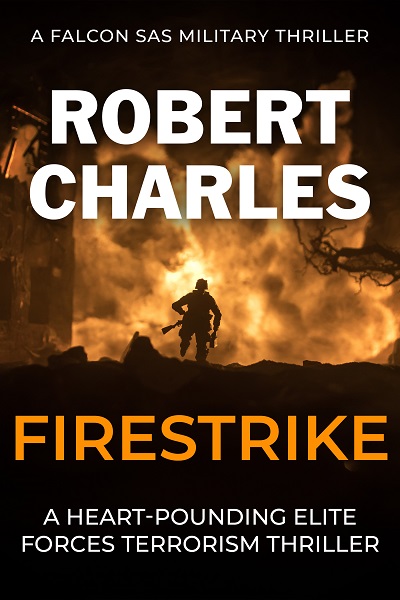 Captain Mark Falcon of the SAS is back in another edge-of-your-seat thriller! Perfect for fans of Andy McNab, Andrew Watts, L. T. Ryan, and Alex Shaw.

Trained with the elite Special Air Service in every aspect of jungle, desert and urban warfare, former SAS Captain Mark Falcon is a force to be reckoned with.

Now a freelance journalist, Falcon and a select group of the world’s press corps are in Mozambique to attend Project Vulcan – the launch of a telecommunications satellite into orbit above Central Africa.

When a guerrilla army led by a tyrannical leader storms the facility, they replace the satellite in the nose cone of the rocket with an atomic warhead stolen from a military base.

Their aim? To destroy Pretoria and overthrow the apartheid government of South Africa.

But they hadn’t counted on Mark Falcon.

Because when the one-man army that is the Falcon explodes into action, all hell breaks loose…

Can Falcon stop operation Firestrike and prevent the deadliest terrorist operation ever launched?