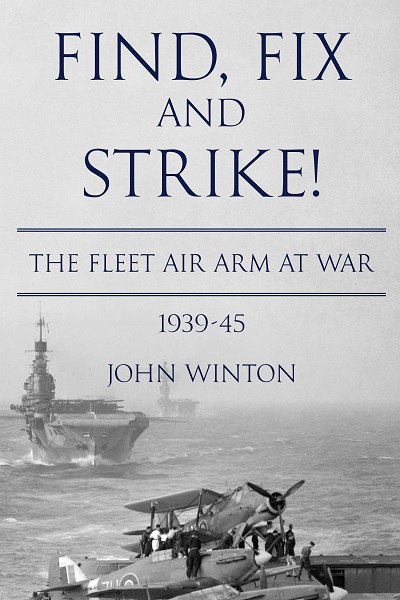 A full examination of the Royal Navy’s Fleet Air Arm from the beginning of World War Two until final operations off Japan in August, 1945.

John Winton provides a thorough record of Fleet Air Arm’s activities during the war, from the initial setbacks of the Norwegian campaign in the spring of 1940 to the long campaign against Tirpitz in 1944 and finishing with the triumphant operations of the British Pacific Fleet as part of the US 3rd Fleet off the mainland of Japan in the summer of 1945.

Find, Fix and Strike! The Fleet Air Arm at War, 1939-45 charts how naval air power came to hold an increasingly important position in the Royal Navy through the course of the war. Uncovering the operations of British aircraft carriers and shore bases, catapult fighters from merchant ships, support given to the British army in North Africa, escort carrier and catapult-launched floatplane activities, as well as numerous instances of individual heroism has allowed Winton to demonstrate the true importance of Royal Navy’s Fleet Air Arm.