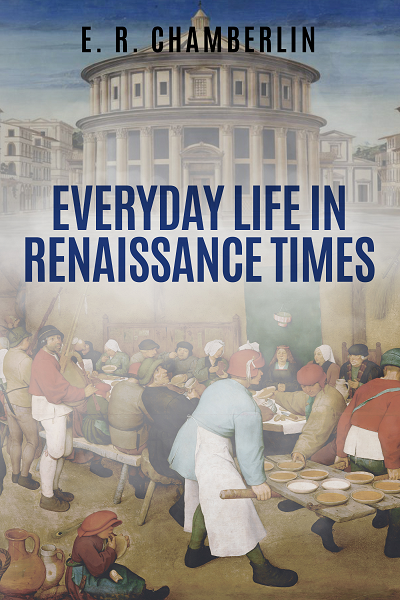 A lively and penetrating social history of the Renaissance.

What were ordinary people doing while Michelangelo was painting the Sistine Chapel and Machiavelli was writing The Prince?

This simple question has largely been ignored by the many historians of Renaissance art and intellectual life. E. R. Chamberlin’s work spans from 1450 to 1650 and encompasses Italy, France, Germany, the Netherlands, and England, to reveal the true complexity of this remarkable period.

From seamen to mercenaries, money-lenders to courtiers, Chamberlin reveals both the high and low culture of the age. He demonstrates how lives were shaped not only by the actions of leaders but also through the emergence of new technologies, scientific discoveries as well as the development of new religious and philosophical ideas. The Renaissance, although often remembered as a period of brilliant art, was an era of continuing medieval barbarity and death, where war, plague, famine and persecution ended the lives of countless men, women and children.

Everyday Life in Renaissance Times is a perceptive and enlightening book that encourages the reader to challenge their preconceived ideas of this early modern era.