Escape of the Amethyst

Home > Books > Escape of the Amethyst 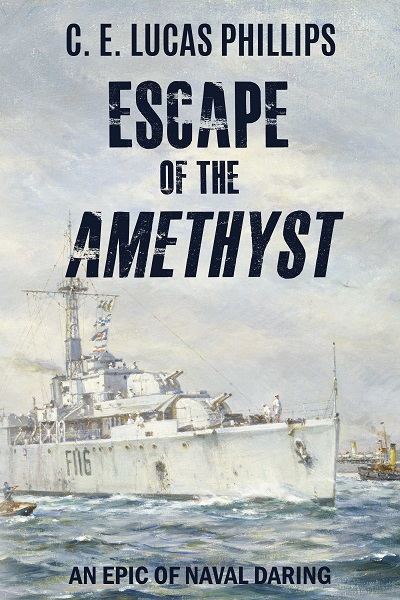 The astounding true story of the ordeal and escape of the British frigate Amethyst from Chinese Communist batteries in the Yangtze River in April 1949.

In the early morning of 20th April 1949, HMS Amethyst was fulfilling orders to travel to Nanking to stand guard for the British Embassy during the height of the Chinese Civil War when she was fired upon by guns from the riverbank.

Shells pounded into the ship, killing the commanding officer and destroyed the bridge before the ship grounded on the bank.

How did the Amethyst escape the battering of Chinese Communist guns?

C. E. Lucas Phillips’s Escape of the Amethyst was written with the full assistance of Commander J. S. Kerans, DSO RN, who took over control of the Amethyst, and utilises a wealth of Admiralty records, much of which was previously classified as Secret, to provide a vivid account of this extraordinary moment in the history of the Royal Navy.