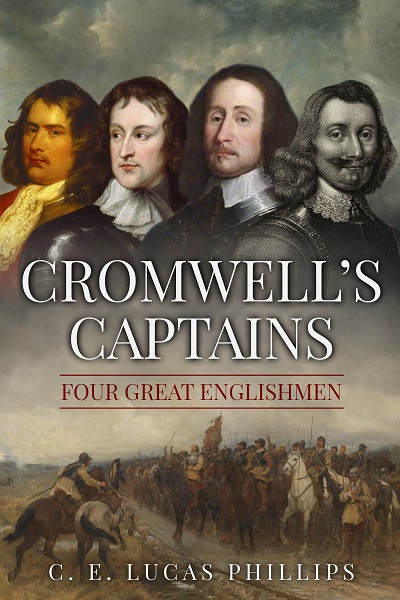 A magnificent study of four key figures who shaped the history of Britain through the years of the Civil War and the Commonwealth,

Oliver Cromwell is one of the most important figures of British history, yet without the influence and support of John Hampden, Phillip Skippon, Robert Blake, and John Lambert, his mark upon history would have been greatly reduced.

The book begins with Cromwell’s cousin, John Hampden, setting the scene of the Civil War and exploring how this high-souled political patriot became an instrumental figure in opposing King Charles. C. E. Lucas Phillips then focuses on Skippon, the archetypal Puritan soldier who led the centre of the New Model Army at the Battle of Naseby, followed by Blake, the naval genius who was second only to Nelson and finally Lambert, the chief architect of one of the most important constitutional documents of this country.

Lucas Phillips’ authoritative book provides an original perspective on the Cromwellian epoch, uncovering the lives of these four men who have been overshadowed by Cromwell and their Cavalier opponents, but who were remarkable leaders that deserve to be restored to their rightful positions in the pantheon of great Englishmen.