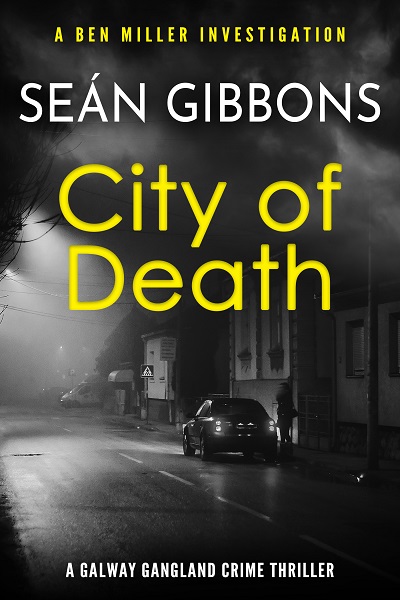 Ben Miller is hunting down a murderer in this Galway thriller! Perfect for fans of David Pearson, Ken Bruen, Caimh McDonnell and John Carson.

Miller finds himself once again caught up in gang warfare…

When taxi driver and part-time private investigator Ben Miller finds his friend Meili brutally murdered, he and her friend Qiang go in search of her killer.

Miller soon enlists the help of his friend, Gárda Aaron Dempsey and they find themselves caught up in a war between rival Chinese triads, seeking to wrest control of the city’s illegal gambling activities from Superintendent Folan and his allies.

They all become involved in a hunt for a diary in which Meili has been keeping details of the activities of the clients’ who pay her for sex, possession of which will give whoever finds it the tools they need to protect themselves at the expense of their rivals.

Matters are complicated by the presence of three men claiming to be either Meili’s current or ex-husband.

When one of them is involved in trafficking Meili’s daughter from China into the sex-industry in Ireland, rescuing her becomes the priority…