Cheriton 1644: The Campaign and the Battle

Home > Books > Cheriton 1644: The Campaign and the Battle 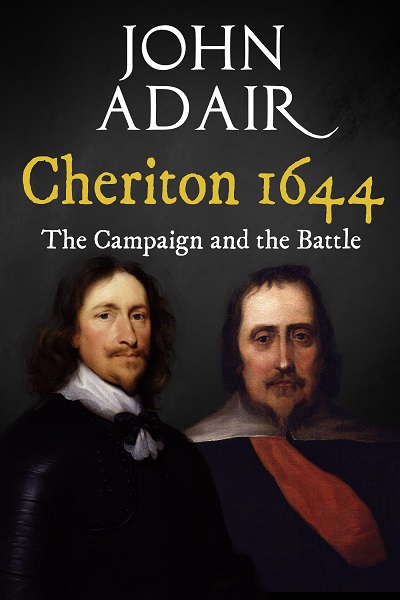 The Battle of Cheriton was one of the major turning points of the English Civil War, yet few people have heard of it.

What happened during the course of the battle? Who fought in it? And why was it so important?

On the 29th March 1644, Sir William Waller and his Parliamentarian forces faced the Royalist forces, under the command of Ralph Lord Hopton and the Earl of Forth, near the small Hampshire village of Cheriton.

The previous year had seen a number of great victories for the Royalists, notably the capture of Bristol, and they were advancing ever closer to London. Yet, Waller’s victory at Cheriton halted this progress and the Royalist strategy was thrown into disarray.

John Adair’s book is the authoritative account of one of the most significant, yet overlooked, battles of the English Civil War. Using a wealth of primary sources he is able to bring the details and importance of this conflict to life as well as uncovering the campaign that had led to the battle and its aftermath.

The book reveals how close friendships were torn apart by the turmoil of the civil war, such as Waller and Hopton who had fought alongside one another on the continent.

Cheriton 1644: The Campaign and the Battle is an essential read for all interested in the history of the English Civil War. It is a battle that has been overshadowed by Edgehill, Marston Moor and Naseby, yet Waller’s victory stands as one of the major critical moments of the conflict and it undoubtedly deserves to be remembered.