Charles Before Diana: A King in the Making

Home > Books > Charles Before Diana: A King in the Making 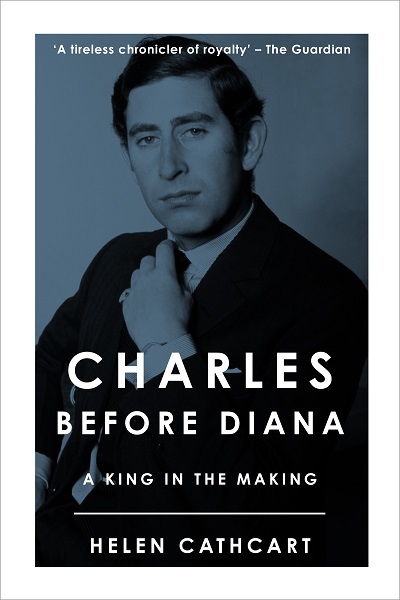 A revealing biography of Charles, the Prince of Wales’ younger years.

The eldest son of Queen Elizabeth II and Prince Philip, the Duke of Edinburgh, Prince Charles has been heir to the British throne since he was three years old.

In this lively and illuminating account, royal biographer Helen Cathcart charts the first thirty years of Prince Charles’s life, from his birth at Buckingham Palace in 1948 and rugby-playing schooldays at Gordonstoun, through his undergraduate years cycling to lectures at Trinity College, Cambridge, and subsequent military career in the Royal Air Force and the Royal Navy.

Cathcart reveals a young man of many interests – actor, polo player, cellist, helicopter pilot, and conservationist – and takes the reader behind the scenes of notable events in the Princes’ life, including his investiture as Prince of Wales at Caernarfon Castle in 1969 and move to Chevening in 1974, before giving insight into his romantic relationships prior to his marriage to Lady Diana Spencer.

Drawing on an extraordinary fund of private material, Charles Before Diana is an intimate portrait of the man behind the Prince – a man with an endearing sense of comedy and a conscientious devotion to duty.