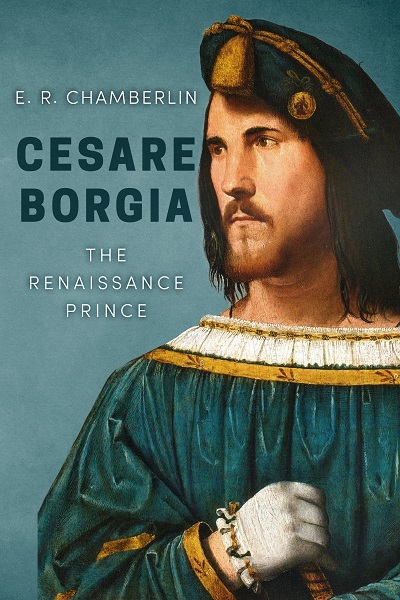 Son of a Pope, inspiration to Machiavelli, patron of Da Vinci, and fearsome soldier; Cesare Borgia is one of the most infamous figures of Italian history.

This biography of the archetypal Renaissance prince should be essential reading for those who have enjoyed the works of Paul Strathern, Alexander Lee and Mary Hollingsworth.

Pope Alexander VI’s second son was groomed for a career in the Church, becoming a Cardinal by the age of just eighteen, but after the mysterious death of his older brother, Giovanni, he became the first person in history to resign the cardinalate in order to pursue a military career.

Cruel, brilliant, and dangerous, Cesare fascinated and terrified his contemporaries as he led the papal armies and mercenaries to subdue central Italy. With the support of his father and the French monarchy he seemed in an unassailable position, cutting down any who stood in his way, yet after his father’s death his numerous enemies rose up to force him from power.