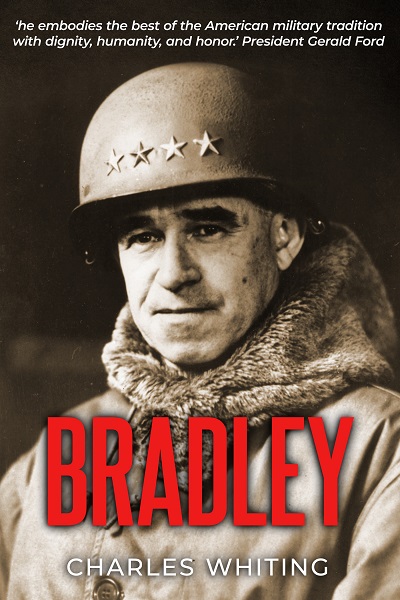 An enthralling biography of the tireless WWII infantry leader who became popularly known as ‘the G.I.’s General.’

At the age of fifty Bradley was a career officer who had never seen a day of action on the battlefield. Yet, by the end of the war, he had led American soldiers through some of the bloodiest fighting of World War Two — the final defeat of the Germans’ Afrika Korps, the invasion of Sicily, and the historic Normandy invasion, before leading the advance across the Rhine.

Despite being such an instrumental leader of World War Two he was a modest man, professing only to do the best he could for his calling and his country.

How did this quiet and unassuming teacher from West Point rise to become the commander of the Twelfth United States Army Group, which ultimately comprised forty-three divisions and over one million troops, the largest American force ever united under one man’s command? And how did he come to be known as ‘the G.I.’s General’?

Charles Whiting’s enthralling overview of Bradley and his career uncovers what he was like as a person, providing insight into his actions and leadership during the course of World War Two, before discussing his post-war career as Chairman of the Joint Chiefs of Staff through the course of the Korean War.

‘Military hero, courageous in battle, and gentle in spirit, friend of the common soldier, General of the Army, first Chairman of the Joint Chiefs of Staff, he embodies the best of the American military tradition with dignity, humanity, and honor.’ President Gerald Ford