Home > Books > Below The Horizon 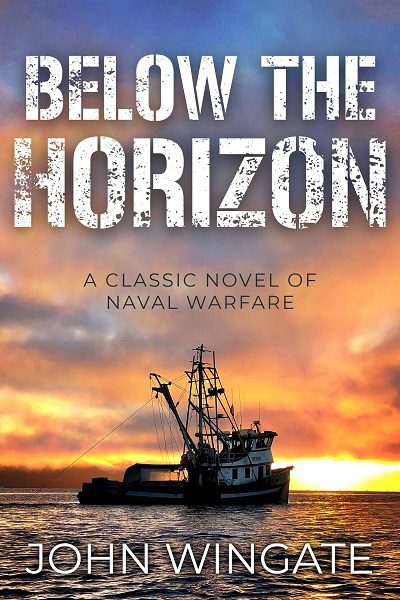 Two nations are bent on survival at any cost…

And when Iceland places tougher restrictions on the seas surrounding the country, the British fishing industry seems destined to plummet.

But Hooky Walker — the seasoned skipper of the British trawler English Campion — is unwilling to accept the new restrictions without a fight.

As his ambition swells into obsession, the English Campion’s fishing expeditions grow evermore daring. And when Hooky leads his crew into their most dangerous venture yet, a lethal sea battle seems set to erupt…

Can Hooky reclaim the fiercely guarded waters? Will his crew emerge unscathed?

Or will his defiance push Britain into further catastrophe…?